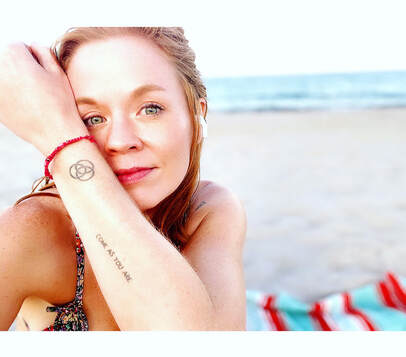 McLean Fletcher is an actor, artist, teacher, and life/fitness coach who grew up on a farm in Virginia. She began combining her passions for art and teaching in her studies at James Madison University where she received a BA in Theatre and Special Education, writing a thesis on Theatre Therapy. McLean continued her learning in Chicago IL where she pursued her visual arts career and studied American Sign Language. After her time in the midwest she moved to Richmond, VA where she was a founding company member and the Associate Artistic Director of TheatreLAB. She worked here for five years producing and performing activist art.

Upon moving to Washington, DC McLean continued her work as a performer while earning her MFA from George Washington University's Academy for Classical Acting. She graduated in 2017 and began working for Shakespeare Theatre Company, Amore Learning, and Imagination Stage as a teaching artist. She also led group fitness classes at Barre3 and taught adult acting workshops at The Actor's Center. McLean has performed on stage with many professional theatre companies, including Folger Shakespeare, Shakespeare Theatre Company, Theater J, Synetic Theater, Constellation Theatre Company, Studio Theatre, and Virginia Repertory Theatre.

McLean worked in New York City as a magician's assistant for Steve Cohen's Chamber Magic at The Lotte Palace in 2019 and 2020, during which time she also illustrated her second children's book. McLean has artist representation in NYC with Gallery La La and New York Art Center.

Now based out of LA, she splits her time between acting, modeling, writing, painting, and coaching. McLean recently received her personal training certification from the National Academy of Sports Medicine and encourages a healthy lifestyle for all of her students. McLean believes in a well rounded life, and hopes to share this with everyone she comes into contact with.

"As a feminist, I believe fiercely in meliorism; that humans aid the world's betterment; and by encouraging the study of the female narrative, we aid our evolution." - McLean, as featured in Curatorial, Volume 2: Leaders in Contemporary Art.